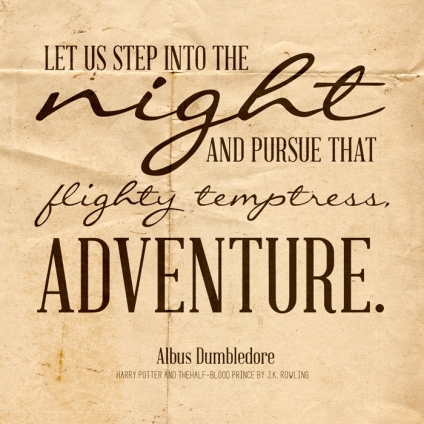 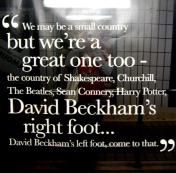 The referendum to decide whether the UK will remain in the European Union is happening on Thursday. Logically, I know the best thing is probably to remain. Without a doubt, the best thing for me is for the UK to remain since I am on an EU visa.

To remain is to carry on in much the same way, which makes sense for a country which is doing well and has no real reason to think that things will get better if it goes it alone.

But to leave is to make a new story – a story which could very well be catastrophic but which to me, an outsider, would be far more interesting.

Many leave campaigners seem to be under the impression that Britain’s historic international power was based on national talent and the ingenuity of the British people, rather than a rather bloodthirsty colonial spirit which has little (hopefully no) place in the modern world. Part of me looks forward to their arrogance being confronted with the reality that the country’s former power no longer commands respect or fear. Part of me looks forward to the stories that such a tumultuous time would create.

Don’t worry, rational me will win and I will vote to Remain, because unfortunately the boring choice is often the best choice in national politics.

The second talk I heard last weekend was called ‘City Fictions’ and included readings from a novel set in London and a novel set in Birmingham. The novels were chosen because the writers had tried – and presumably succeeded – in making the city a character, or character-like.

I love this idea, and it is something I tried to do in A Perilous Margin. The city we live in makes such an impact on our everyday lives – it takes me over an hour to get to work every day, I can see squirrels from my window at home, I walk streets everyday that have been bombed and rebuilt, just blocks from my work are thousands of objects stolen from around the world (controversial!) – these experiences effect me, as do the people I interact with and how they sound and what they have experienced. Using a city as merely a backdrop ignores the history, atmosphere, and layers of humanity unique to each place.

The woman who wrote about London moved here as an adult, while the woman who wrote about Birmingham grew up there. If I had been game enough to ask a question, I would have asked if they think those differences effect how they see the cities. There is something undeniably magical about the transition from tourist to local when you move to a new city. There is the first honeymoon year of finding a job, a home, buying plates and forks, watching your routines meld and mesh with these new spaces and pinching yourself everyday that THIS is where you live. There is the second year of getting a better job, a better home, buying a third and fourth fork (because you might have guests!), having visitors, learning to navigate without a  map and the thrill of returning to places that you already know you like. And by the third year it’s just home. Or at least, this is how it has worked for me.

Hometowns are different. I didn’t stay in my hometown and now I find it quite impossible to imagine relating to it as an adult. All I know is the personal history is inescapable no matter how much the city changes, and I presume that is the same for people who stay.

The only place I’ve tried to write about is Sydney. When I first tried to think about how a city works in our lives, I thought about the difference between the New York City in Friends and the New York City in Sex and the City. I know, deep stuff. In Friends, they could be anywhere with a flat and a coffee shop, and occasionally that cardboard-looking street outside Central Perk. But the city is everywhere in Sex and the City – the views, the weather, the pedestrians, the taxis and traffic, the food – all of it informs the lives we see and seems much more realistic.

I’m writing my second novel now, and I’m getting a bit stuck. Sydney is feeling further away, and yet I can’t imagine knowing London well enough to write about it. It’s not just a new city, it’s a new culture, and it has so many bloody accents. Maybe one day I will know it well enough. Maybe that comes in the fourth year, I’ll just have to wait and see.

Many years ago I read something that my sister had written. While I enjoyed reading it, it concerned me and the first thing I said to her was, “I knew you always thought I was gay!”

You see, the younger sister in her piece was gay.

She laughed and said she didn’t remember ever thinking that. She said it was fiction.

One of the greatest terrors of showing other people my work is wondering if they will notice when I have borrowed parts of them to make new people. Or, even worse, if they will see something that is purely fictional and wonder if that is how I see them.

One of the interesting things about writing A Perilous Margin was seeing the fiction overtake the reality with each draft. I no longer feel there are parts of it which closely reflect people I know, and I guess that is one of the reasons I knew I was ready to publish it. While vague characterisations will always exist, I don’t think anyone will think I used them, especially not negatively.

But then I remembered what I thought about my sister’s work, and I realised people will always look for themselves when they know the author.

Lithub recently published an article which features court cases against writers by angry family members and friends who felt their identities had been taken and used maliciously.

As I am just beginning this writerly journey, I’m not sure how I feel about that. On one hand, I believe I have little control over what I write. On the other, publishing is entirely within my control. Perhaps it is a fine line I need to learn to walk, the line between finding inspiration in the people around me and respecting their right to privacy.