It’s been a big few months. In April, I was published in Meanjin. In May, I came second in the Winchester Writers’ Festival short story competition. This week, a story has been published in Scrittura.

And I just spent the weekend in Winchester, at the Writers’ Festival. I attended talks, an open mic night (though I didn’t get up), workshops, drank too much wine with other brave and hopeful writers, and had one-to-one interviews with an agent and the director of Salt Publishing. Unfortunately, these interviews confirmed a truth that has been dawning on me for some time: the novel I’ve been submitting still needs work, and even then it is not inventive enough to be a debut. Debuts need a bit of pazzazz. They need to be crowd-pleasing and flashy, a Scott Hastings rather than a Ken Railings, even the literary ones. In some ways this is good, because I don’t need to do the structural changes yet. I’ll keep working on Harriet Starling, as that strikes me as a better debut, and maybe in a couple of years I’ll return to Hold Back the Night.

But back to the weekend. Winchester is leafy, full of old stones and old people and old money, and at this time of year the air is thick with white and pink blossoms, like summer snow. The university is new, it’s all purple and green with squishy chairs and places to meet and sit and eat, as well as learn. I love universities, especially small ones. UCL is a great place to work, but it is a behemoth. The annual question is, how can we have more students than chairs for them to sit in? Winchester wouldn’t have that problem. The campus is set on one of the roly-poly hills so it overlooks the town. Across the road is St James’ Cemetery, full of crumbling headstones and those trees which make fantastic spidery silhouettes against the sky. It’s a city with writing in its soul, and despite feeling dispirited at all the work I still have to do before I have a finished, publishable novel, I at least feel like I’m on the right path. I am Harry Potter chasing down Horcruxes: I know what to do, now there’s just the business of doing it, without going crazy, burning out, or quitting my job. I could probably do with a sword though, that made all the difference for poor Harry, or a gold jacket so I can unleash my pazzazz like Scott Hastings. 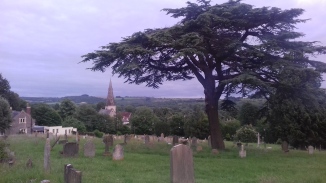 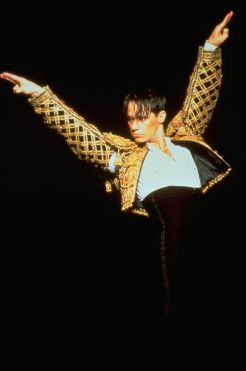 Writer in progress. Australian in Birmingham. MA student at University of Birmingham. I write words and sometimes people publish them. I am working on my fourth (and fifth) novels.